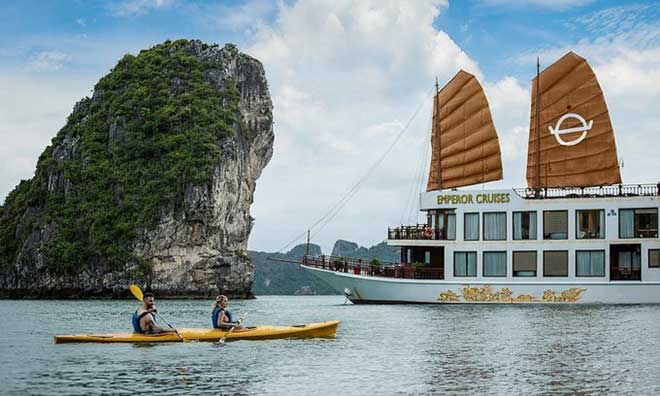 With several uncertainties regarding quarantine and Covid-19 testing rules resolved Wednesday, travel firms have lost no time in contacting customers and getting foreign tourists to visit Vietnam.

Soon after the Ministry of Health announced Wednesday that it was lifting self-quarantine for foreign tourists entering the country with negative Covid test results, Pham Ha, CEO of Lux Group, contacted 80 groups of European tourists who’d canceled their tours to Vietnam since 2020 due to travel restrictions.

Ha said a group of Australian tourists was scheduled to visit Vietnam in May while tourists from France, Germany and Spain would visit this summer.

Bui Quoc Dai, a representative of tour operator Anex Vietnam, which specializes in bringing Russian tourists to Khanh Hoa in the central coast, said he was happy with Vietnam’s latest open tourism policies.

Dai said his company would work with partners to bring back Russian tourists as soon as possible.

“Despite the escalating tensions between Russia and Ukraine, my company is expecting to bring the first group of Russian tourists back to Khanh Hoa early April,” he said.

Her company was working with partners in Cambodia, Thailand, Singapore, France and the U.S. to prepare the launch of new tourism products, she said.

“If everything goes well, my company will bring international tourists to Vietnam from later this month,” she added.

Vietnam fully reopened its borders Tuesday after nearly two years of closure. It has also resumed its unilateral visa exemption policy for citizens from 13 countries, including several European economies, Japan and South Korea.

PreviousHau Giang, the charm of river countryNextPhu Quoc resort among best new names to visit in 2022