The magazine said the range, located around 195 miles northwest of the capital city, “remains rugged, rural and a world away from hectic Hanoi.” 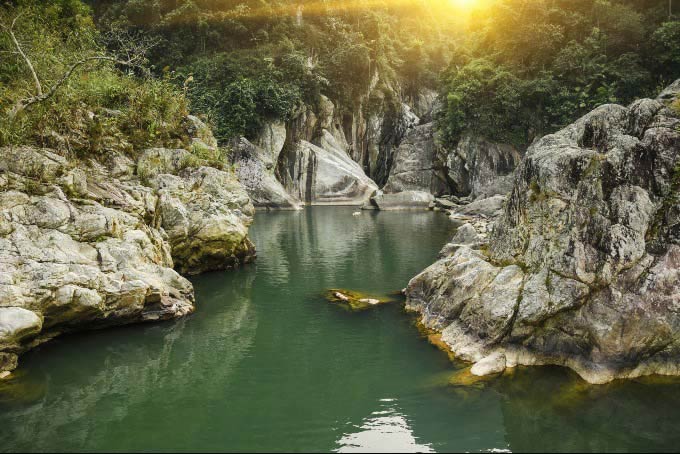 A scene from the Hoang Lien Son National Park. Photo by Shutterstock/Aivars Ivbulis

The newly installed cable car system on Mount Fansipan, Vietnam and Indochina’s highest peak (3,143 meters or 10,312 feet), has helped to draw an increasing number of tourists to the area.

NatGeo suggests that visitors to the area consider going on a hike in the Hoang Lien Son National Park and the nearby Muong Hoa Valley.

It also recommends that visitors try out homestay accommodation with ethnic minority communities like the Hmong, Red Dao, Tay and Giay.

The Hoang Lien Son Range is among three Asian destinations on the list, alongside Oman and Fanjingshan in China.

The monument at the summit of Fansipan, the highest peak in Vietnam. Photo by Shutterstock/Ekkalak Ngamjarasvanji

Hoang Lien Son is one of Vietnam’s grandest mountain ranges. Apart from the Fansipan peak, Sa Pa Town, with its picturesque rice terraces and dreamy cloud scenes, is a major tourism draw. 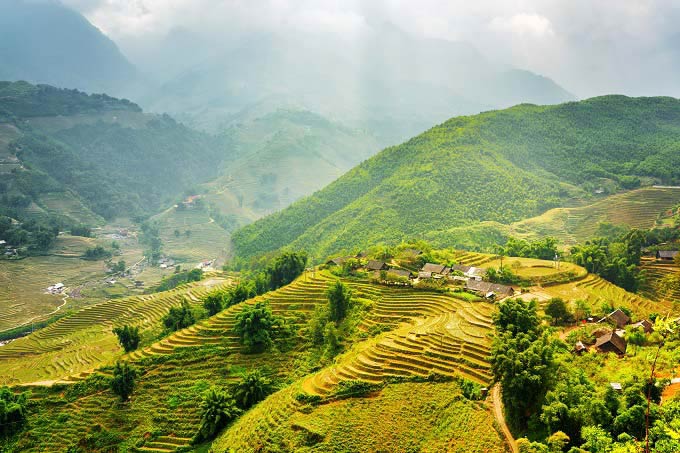 Sa Pa welcomed over 1.4 million visitors in the first six months of 2018, including 141,400 foreigners, according to Lao Cai Department of Culture, Sports and Tourism.